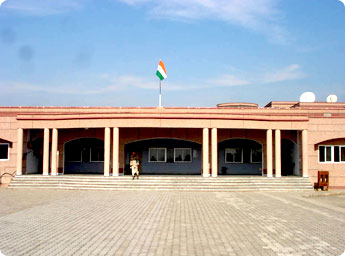 A separate district was carved out of the Moradabad district of Uttar Pradesh and the town of Amroha was made the headquarters of the district. An area dominated by the minorities, law and order of Amroha has always been crucial. It is administered on many levels. A Lok Sabha constituency, it is divided into five Legislative Assemblies. MLA for Amroha is Shri Mahboob Ali from SP, MP Rajya Sabha is Veer Sing from BSP and MP Lokshabha is Devendra Nagpal from SP, MLCs are Shri Shubhash Chand Sharma and Sh. Nepal Singh.

With a population equivalent to an entire nation like Kosovo, it is because of the able administration by the authorities of Amroha, the people here have been leaving a happy and prosperous life filled with security and safety.

The town of Amroha is administered by

Amroha district comes under the Moradabad division. The town being the district headquarters of the Amroha district, it is home to the District Magistrate. The main tasks accomplished by the District Magistrate or the Collector are to maintain the law and order of the area. The police work in close coordination with him for implementation of Government orders and for maintaining justice and peace.

Some of the important duties of the collector include:-

Important telephone numbers of Senior police officers in Amroha are:

To provide better administration to the people of Amroha, the District and Session Court Amroha was inaugurated on August 23, 1999. The present structure was opened on March 8, 2010. Thirteen courts are operational at present in the building while three more will be opened shortly. The district and session court of Amroha is one of the key aspects of good governance in Amroha. The judiciary has been an able force in implementing the legislation and law and order of the town.